You have permission to edit this article.
Edit
Home
News
Members
Events
Services
Who We Are
Associates
Public Information
Jobs 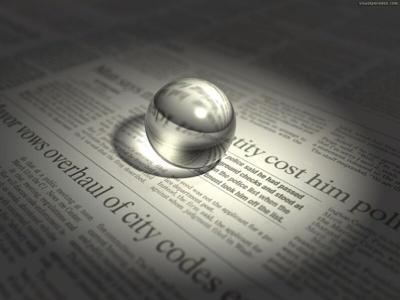 There seems to be something in the air

There’s something in the air in the newspaper business, and it’s not easy to put a finger on what that something is. You know me, however. I’m going to attempt to do just that.

I delayed the annual survey I’ve conducted of newspaper publishers and managers since 2017 because I wasn’t sure it would be helpful to compare what happened over the past year to previous years. Let’s face it, last year a lot of us were wondering if we’d be applying for a greeter’s position at Walmart after the effects of the pandemic on advertising revenue.

However, if the calls, emails and messages I’ve been receiving over the past couple of months are any indication, it looks like Walmart will need to look elsewhere to fill their greeter positions. There’s definitely something in the air.

I first noticed a change in attitudes around December. A few years ago I decided against offering webinars for newspapers during the last two months of the year because everyone seemed too busy getting holiday editions ready to attend classes online. That changed in late 2020. I was hearing from newspapers asking for training for new staff members, and from others who wanted to hone their skills or learn something new that would improve their products.

Online classes in November, December and January broke records, going all the way back to my first webinars in 2008. I’m not talking about end-of-the-year records. More people were attending my online classes than at any time previously. Hundreds of newspapers attended one or more session in those months. Not only that, I began hearing from vendors, associations and groups, interested in sponsoring webinars. That’s not something that happened a lot before 2020.

And it’s more than people showing up for online classes. I’ve had friends and former clients starting new papers, or purchasing papers being closed by ownership groups in other states. Many tell me their papers are doing well and there’s obvious excitement about prospects for future growth.

Maybe it’s because I’m getting older, but it seems like I hear from younger journalists more often than I used to. Most days, I receive multiple requests for advice or insights from young publishers, designers and editors.

A year ago, much like some of the folks reading this column, I questioned what I would be doing in the future. Let’s face it, keynote speakers and consultants aren’t in great demand during a pandemic. Like many of my newspaper friends, I began creating new streams of revenue. To my surprise, most of them have been successful and I’m busier than ever working with my staff on multiple projects.

A lot of folks would question why I’m still so committed to community newspapers with so many things demanding my attention these days. To me, the answer is obvious. The same optimism that radiates from so many of my newspaper friends has infected me.

I hear from newspaper associations almost daily who are making plans for upcoming conventions and training events. In addition, I’ve never had so many publishers contacting me about redesigns and staff training. Redesigns are major undertakings, normally embarked upon by folks with long-term plans to grow their papers. The fact that so many newspapers are planning redesigns suggests there is significant energy being given to making long-term investments.

What’s to be made of all of this? I’m not sure. My educated guess is that after surviving the past year, many of us feel like we have overcome obstacles we would never have imagined just two or three years ago. Guess what? We survived. At least most of us did.

Don’t get me wrong. I’m not saying the future is totally rosy. When the pandemic is finally declared “over,” we will continue to deal with the aftermath of COVID-19 for years to come. However, I continue to bear witness concerning community newspapers. There is definitely something in the air.

Maybe it’s time to do that annual survey and find out just what that something is.

Kevin Slimp has been a popular speaker and consultant in the newspaper industry since developing the PDF remote printing method in the mid 1990s. He can be reached at kevin@kevinslimp.com.